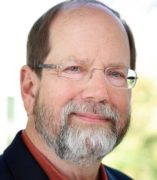 His work has been supported by the National Science Foundation, the Booth School of Business (University of Chicago), Canadian Department of Finance, the Canadian Embassy, Industry Canada, the Dutch National Bank, the Einaudi Institute of Economics and Finance, the Federal Home Loan Bank Board, the Federal Reserve Bank of San Francisco, the German Bundesbank, the German Academic Exchange Service (DAAD), the Kauffman Foundation/Georgia Research Alliance, the Prudential Foundation, and the Upjohn Foundation.  He has received the Outstanding Doctoral Dissertation Award (shared with L. Summers) from the National Tax Association and the James L. Barr Memorial Award in Public Economics and the Vernon Award both from the Association for Public Policy Analysis and Management.  He was a Houblon-Norman/George Senior Fellow at the Bank of England (2006), a Visiting Professor at the University of Munich (1992), a Visiting Scholar at the European University Institute (2008), a Visiting Professor at Deakin University (2012, 2015, 2017), a DAAD Visiting Researcher at Goethe University (2013), a Visiting Professor at the Einaudi Institute of Economics and Finance (2014, 2015, 2016, 2017, 2018, 2019), and a Visiting Researcher at the Booth School of Business (2018).